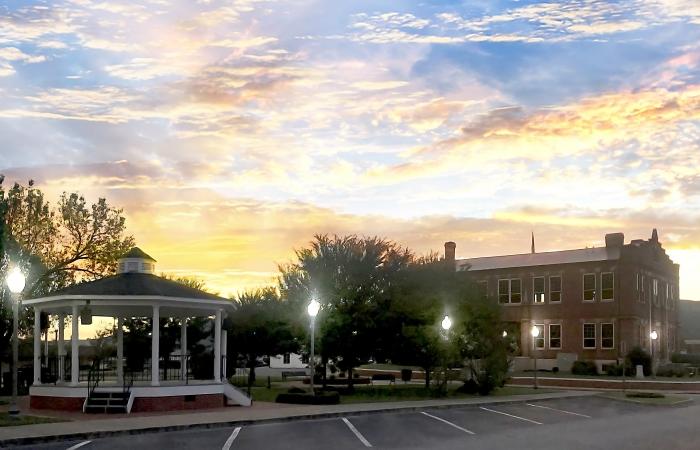 Dade County has been announced as Broadband Ready by the Georgia Department of Community Affairs (DCA). The designation recognizes a city/and or county whose local government has completed the application and demonstrated compliance with the adoption of a local comprehensive plan inclusive of the deployment of broadband services and a Broadband Model Ordinance.

Like many communities across Georgia, children needed fast and reliable internet speeds to do their homework on tablets provided by the local school district. However, for the county, the monthly expense for broadband was too high for families to absorb.

“In addition to online learning for our children and youth, many residents were sent home by their employers to perform all work-related matters from their home offices,” Don Townsend, Chief Financial Officer and Dade County Clerk, said. “As a result, overall broadband usage was at an all-time high in 2020, which called for redundant backup systems that placed the entire network under more stressful conditions.”

Although federal and state maps had shown internet access in many areas of Dade County, many of the maps had granulated data that did not reveal the lack of access on public and private roads. In addition, there were several areas with little to no access to online service providers. While residents on one road may have internet, others on adjoining roads would not.  Additionally, wishes for faster broadband speeds using fiberoptic cabling were expressed. The pandemic further confirmed the need for broadband service in every home to provide virtual/online learning for public and private education.

“One of our goals is to work with all qualified vendors, to forge new relationships with internet providers, encourage vendors to make available access to broadband internet service in citizens’ homes, and to make it more affordable for all families in our community,” stated Townsend.

The county sought The Broadband Ready Community Designation and adopted it into the Joint Trenton-Dade County Comprehensive plan after a suggestion by The Northwest Georgia Regional Commission.

Townsend stated that after great strides taken by the 2018 Georgia General Assembly and affirmation by the Governor of Georgia, the county realized that the designation may be an avenue to seek federal and/or state grant funding. With that, there can be a future capital outlay of broadband infrastructure that will help better connect all of Dade County’s local communities.

“It is no longer a luxury but a required necessity to have broadband capabilities to educate our youth and adult learners, for healthcare professionals to securely share patient data for expedient healthcare, and as important as electricity or water for our economic development partners,” Townsend continued.

Broadband expansion among the industrial and service industries is critical to the local jobs to sustain the workforce living in Dade County. The broadband element alone could be the difference between brokering or breaking a new deal for a large company to move their manufacturing of international products to a location within the county’s boundaries. With the increase of industrial development in the community, the overall property tax burden will be lowered for local taxpayers.

When asked why other cities and counties across the state should apply for the designation, Townsend emphasized that doing so will directly benefit the community’s citizens and visitors. It aids teachers in educating children through virtual learning and provides greater technological advances to in-class learning. Not only will the overall cost of healthcare be driven down, but it will also allow for a safe method to communicate with healthcare workers when an individual cannot physically leave their home. Furthermore, there will be an increased opportunity for manufacturers to come and funding for future infrastructure projects.